The publication illustrates the escalation of the debate around the possibility for Muslims to exercise their faith in local mosques. The Islamophobic fight led by Giancarlo Gentilini nicknamed ‘the sheriff’, mayor of Treviso from 2003 to 2013, is rendered through the headlines of articles published on the local newspaper La Tribuna di Treviso. The reactions of the Islamic community are reported by soft-spoken newspaper declarations, asking for the right to pray.

Lo sceriffo e la moschea itinerante offers a non-prescriptive reading of some of the most hotly debated issues related to tolerance, integration and populism. A cross-section of the current world unfolds in the shape of a comic being stripped down to the basics to lay down history flat. 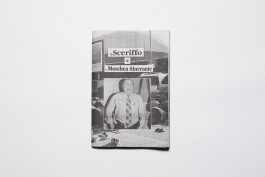 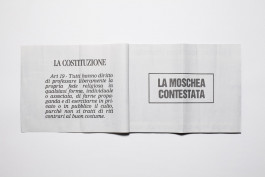 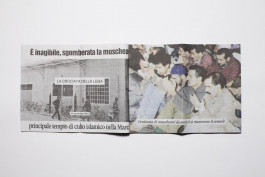 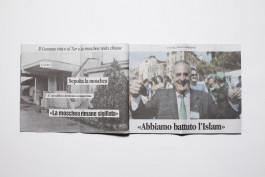 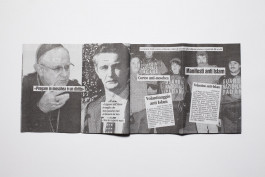 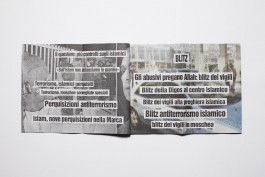 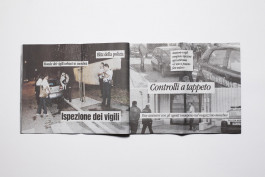 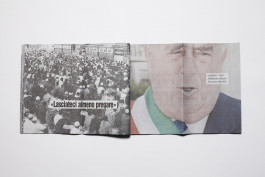 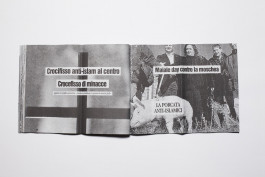 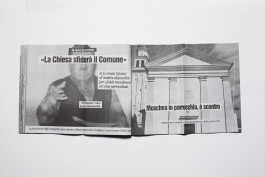 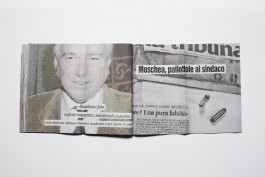 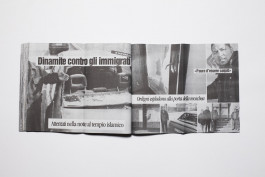 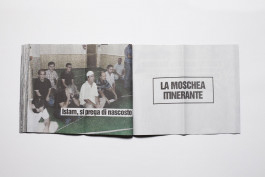