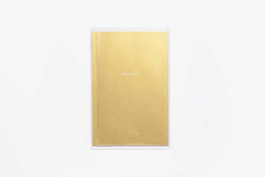 Blue as Gold offers an artistic response to the issue of migration. Alternating gold and blue sheets of paper in between which float small-scale photographs of migrant boats crossing the sea, the volume prompts a reflection on the frailty of human life.

Found on the web rather than shot in the original, the images of migrants aboard boats directed towards the coasts of Europe emphasise the anonymity of the lives depicted. Being easily retrievable, however, these same images make it clear how easy it is to ignore what lies in the open.

In Blue as Gold, images of migrants hang loose in between its pages, conveying the same sense of precariousness that someone left ashore for days, sometimes weeks or months, experiences before reaching the coasts of Europe. Pictures may easily fall out of the book, forcing the reader to fish the sunken boat himself from atop its comfortable upper deck; a hook to force the gaze downwards. 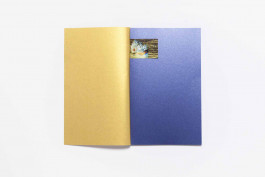 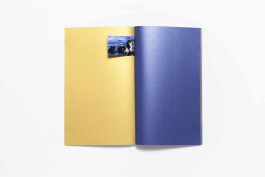 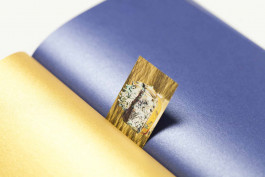 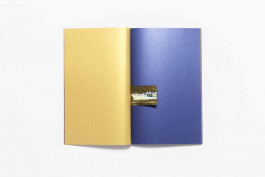 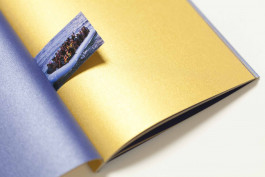 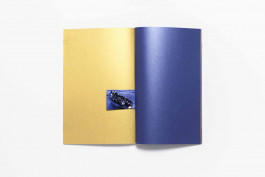 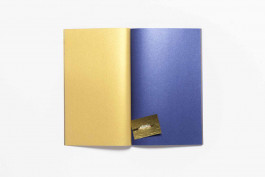 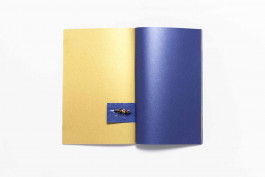 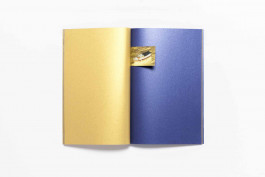 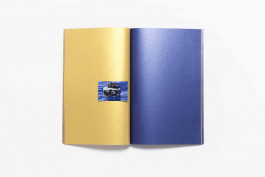 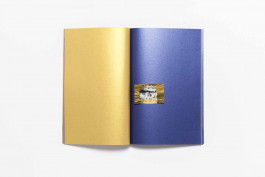 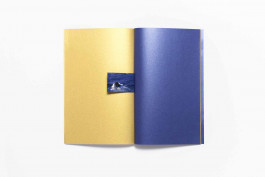 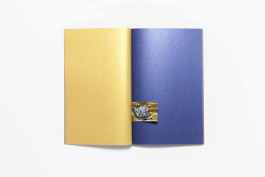 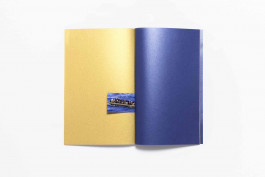 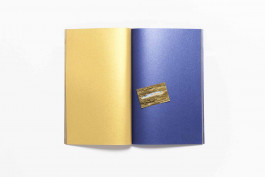 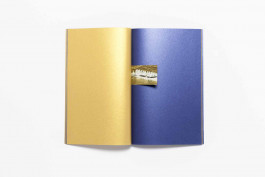